It’s FINISHED, So Raise Your Belief to CAPITAL B.

It was on this GOOD FRIDAY that Jesus wobbled out of the Praetorium with a scalp gouged by piercing thorns and blood caking his quivering body. He was carrying almost 50 pounds of timber fashioned into a cross–the cruelest instrument of torture ever developed. Minutes later he was nailed to that cross—a thief on each side–under a sign that read: “King of the Jews.”

Jesus looked down from his perch atop Golgotha and saw a crowd of people, mockers and gawkers shouting:

Later that day in the afternoon as he hung contorted and twisted on his cross, the sky belched and the light vanished. (Matthew 27:45). He could see that his work was complete and his Father’s will fulfilled.

With most of his blood now seeping into God’s earth and barely able to speak, he captured everything we need to know about the cross by saying: “It is finished” (John 19:30).

There is nothing “partial” about the word finished.

fin·ished: An action, activity, or piece of work having been completed or ended.

Standing beneath the Cross of Christ on this grandest of all Fridays, we need to see our Savior’s work as FINISHED so we can claim its promises. After all, we cannot take possession of UNFINISHED work.

God wants us to receive the blessing of Good Friday without waking up on Saturday trying to add something from our own power–being good or doing good things, for example—before we fully drink in the majesty and power of what Jesus FINISHED that day on the cross.

We can praise God on Good Friday because Jesus uttered three words that we can and must believe with a CAPITAL B: “It is finished.”

Jesus believed with a CAPITAL B and that’s good enough for me to do the same. How about you?

I ask God to remind me every day of the power behind the three words uttered by Jesus on Good Friday: “IT IS FINISHED.”

Do the three words uttered by Jesus on Good Friday–IT IS FINISHED–cause you to believe in him with a CAPITAL B?

“For God so loved the world that he gave his one and only Son, that whoever believes in him shall not perish but have eternal life.” John 3:16 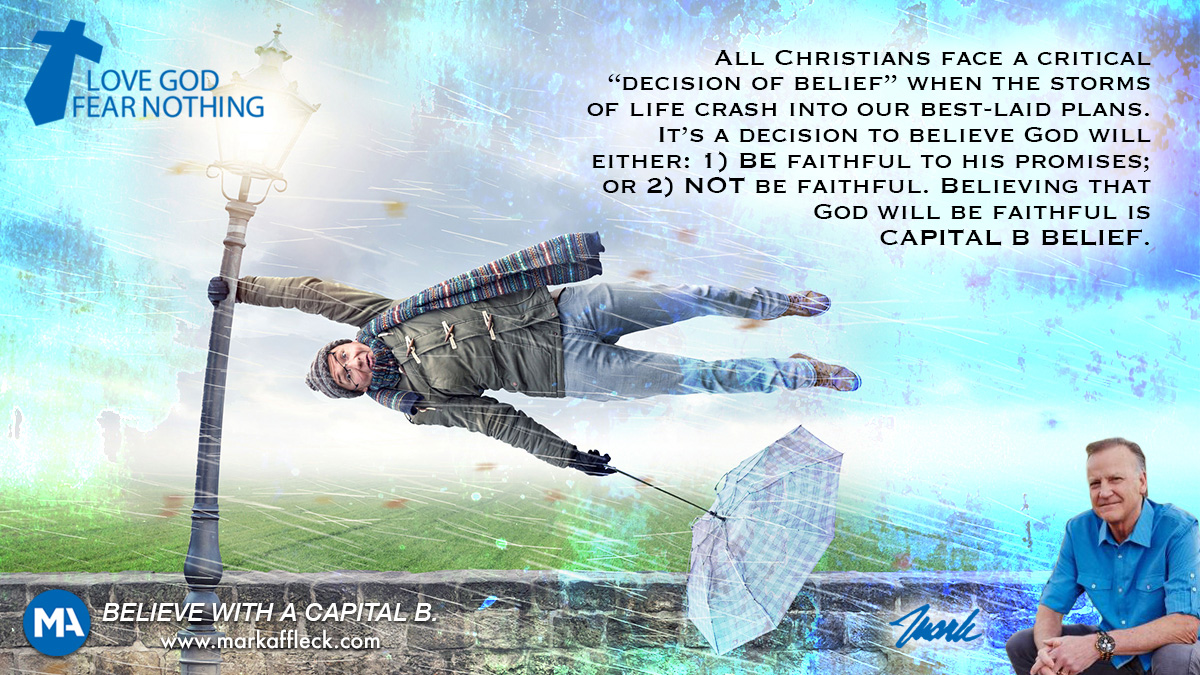 « Take The BELIEF Test! lower case b or CAPITAL B?Are YOU In The World’s Race To The BOTTOM? »