I Will NEVER Be One Of Those “GOOD Christians”

Early in my faith walk I SO wanted to be one of those “GOOD CHRISTIANS” who never entertained a dark thought or made a mistake. Never had a bad day or let someone down. Never felt the chill of fear or the winds of worry. I yearned for this idealized picture of peace and joy that had formed in my mind. I just couldn’t figure out how to get there.

Later it became clear why I could not get there—because the idea of being a GOOD CHRISTIAN, like the one described above, is nothing more than a MYTH.

God showed me that the REAL GOAL is to be a loving, wise, and discerning Christian. A mature and disciplined Christian. An obedient and surrendered Christian.

Once I got past trying to be a GOOD CHRISTIAN—something that does not exist–my focus turned toward being a DISCIPLINED CHRISTIAN. But the notion of being spiritually mature lasted a mere millisecond when I found out it requires fully RELEASING CONTROL—of everything–to Jesus.

The thought of doing that was not just “foreign,” it was alien. Give up my job? My money and mansion? No way. In fact, I figured I could not give up any control, let alone full control. But eventually God brought me out of that funk and its backdrop of negativity that had me convinced I would never be spiritually mature.

How? By having me confront the reality that I had been playing it safe with my faith. No commitment. No prayer. No action. I was playing it so safe that my faith was sleep walking.

That makes me sad now. But it makes me thankful, too, because God taught me how playing it safe keeps us from RELEASING CONTROL to him. Minimizes his ability to use us to build his Kingdom. And thwarts his ability to perform the supernatural in our life.

Playing it safe and not RELEASING CONTROL to God also buries the talents he gave us. The longer we wait to release control, the less time we will have to be used by God. Even though releasing full control to God is a life-long challenge, it is NEVER TOO LATE to get started.

God knows it’s easy for believers to fall into a safe and comfortable routine. That’s why I ask him to break that grip when it tightens on me. To give me guidance on how to fully release control of my life to you and give you all the glory.

Is there any part of your faith that you are “playing safe”? What will it take to break out of that state and fully RELEASE CONTROL to God?

“I am the vine; you are the branches. If you remain in me and I in you, you will bear much fruit; apart from me you can do nothing.” John 15:5 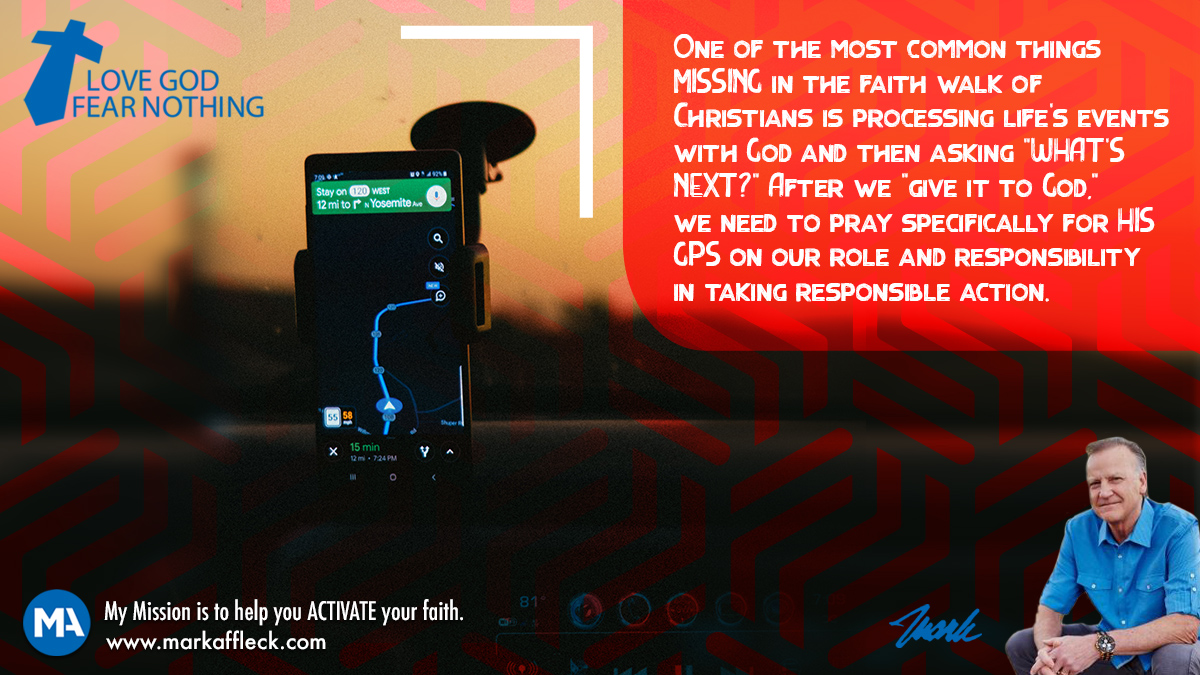