Buzzword Authenticity Is Driving REALITY Out Of Town

Like it or not, authenticity has become a buzzword in modern-day Christianity. So as we head into the final stretch on our month-long look at SPIRITUAL AUTHENTICITY, it’s time to deal with the uncomfortable subject of BUZZWORD FAITH.

buzz·word: a word or phrase, often jargon, that is fashionable at a particular time or in a particular context.

That pretty much describes where we’re at in the Christian ecosystem. But to nail off the point, consider this: AUTHENTICITY has become a TAB on Christian websites everywhere on planet earth. And if you search Christian Authenticity, you will generate over 44 million results. That officially makes it a buzzword.

The world has clearly jumped on the AUTHENTICITY bandwagon, too. The secularized version of this buzzword battle pivots mostly on “being real” and “transparently open.” Pulling that off takes a herculean effort to mask up or create a façade that paints the picture, and tells the story, we want others to receive.

If we toggle back to Christian Authenticity with an open mind, we see that believers may not have it easy when it comes to being authentic, but we certainly have a leg up on the world.

WHY? Because we have a God who teaches it and a messiah who lived it on the same soil we tread.

Our God is truthful, trustworthy, and timeless. That is authentic.

Despite those truths and promises, many believers are falling for a “spiritualized,” but superficial, version of CHRISTIAN AUTHENTICITY.

Once on that path, efforts to be authentic are often manufactured and transactional—the DOING part of our faith.

Instead, they should be focused on the BEING part of faith marked by our full surrender and committed obedience to the Lord of Heaven and earth.

Being authentic means that God and his Word define what is real. Not us. Not the world. Not anyone.

FAUX Spiritual Authenticity is prideful, selfish, and seeks the praise of man. It is constantly looking in the rear-view mirror.

GENUINE Spiritual Authenticity is others-focused. It pushes the Body’s interests to priority’s top rung. It is uncompromisingly focused on the future.

I ask God to help me fight off the urge to use buzzwords to paint a positive spiritual picture around my faith walk.

Is any part of what you view as spiritual authenticity in your faith walk a buzzword? 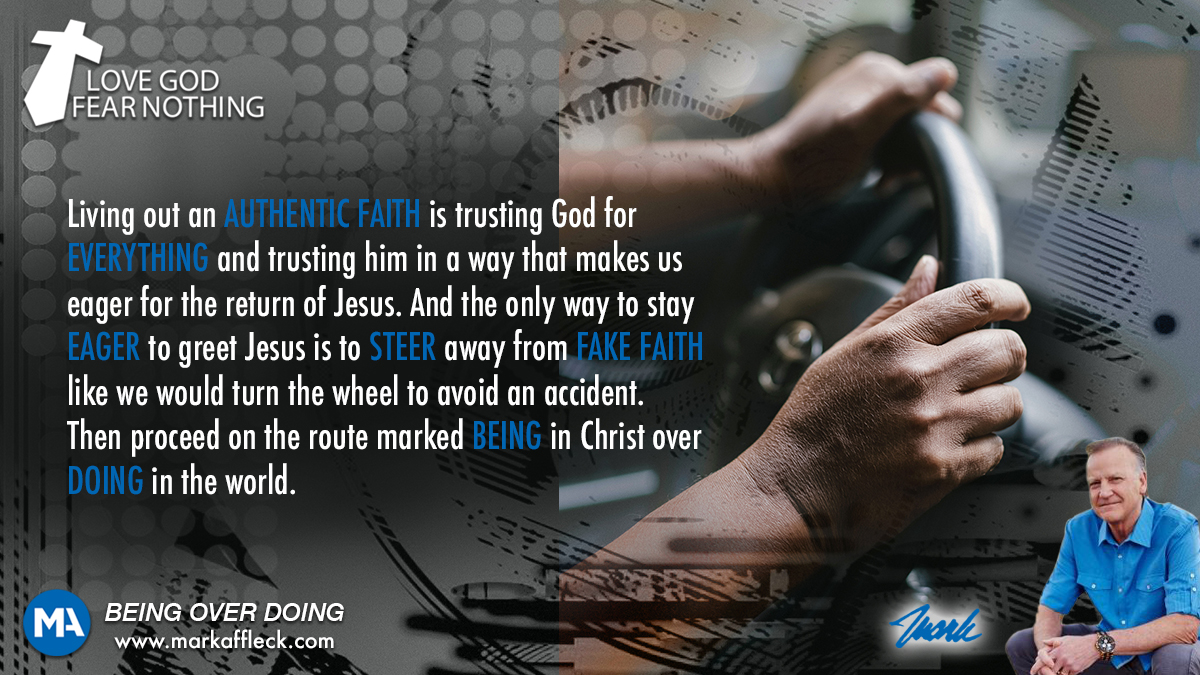 « The Elusive Hunt For TRANSFORMATIONDid You Leave SINCERITY Out Of Your Authenticity? »