Love God, fear nothing. Barely audible, those words drifted out of my mouth in a whisper while I was driving to a meeting with my board of directors in the early 1990s. As President and CEO of the organization, I was working furiously to manage our business and loving God was the last thing on my mind that morning. Indeed, I couldn’t figure out why in the world I was saying “Love God fear nothing” when currents of stress were coursing through my soul.

Even though I was led to Christ in college in the late 1970s by my life-long best friend Guy Borges, I wasn’t praying (I didn’t know how), so I know those words weren’t prompted by prayer. I hadn’t just come from a Bible study, so I know that didn’t produce my 4-word epiphany. I know those words didn’t come from a Christian book because I didn’t have any to read. I also know they did not come from church because I didn’t pay attention when I attended. 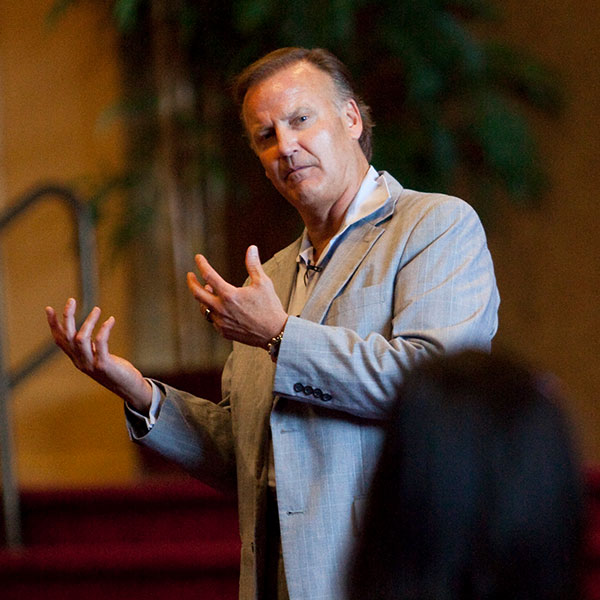 My marketplace success was significant. While I was CEO of the California Avocado Commission (CAC), the U.S. avocado category skyrocketed from $100 million to $1 billion in annual sales. At my 20-year anniversary I was recognized for my leadership by the industry at a four-hour tribute filled with gifts, speeches, media presentations, and off-the-chart testimonials of my success as a leader. That day in our board room was the highest point of my professional career. But what goes up must come down, right?

Three days after the tribute I was asked by Saddleback Church to lead a 5-day strategic planning retreat for its Global Missions Program—the PEACE Plan. I said yes and I’m glad I did because God changed the course of my life in less than a week. When I returned home from that incredible experience, I knew God was calling me into full-time ministry. I immediately revealed to my chairman my interest in attending seminary and then transitioning into ministry at Saddleback Church to run the PEACE Plan.

Mark is a CEO-Leader, Pastor, author, and transformative change agent. He founded the Love GOD Fear NOTHING ministry in 2016. From 2013 through 2015 he was President & CEO of YellowChair Strategy (YCS) which helps Churches, Christian organizations, and marketplace companies transform their today in order to arrive alive tomorrow. From 2008 to 2012, Mark was Executive Director of the Global Missions PEACE Plan founded by Pastor Rick Warren at Saddleback Church in Lake Forest, California. Prior to joining Saddleback in 2008, Mark was President & CEO of California Avocados for 20 years. He was the architect of sweeping transformation that produced record revenues–while CEO; the U.S. Avocado Category skyrocketed from $90 million to $1 Billion in annual sales when he retired. Sales of avocados in the U.S. currently total $3 Billion. Mark has been a member of Saddleback Church for over 42 years. He lives in Rancho Santa Margarita, California with his wife of 42 years, Cindy. They have two children—Evan and Megan—and four grandchildren. Mark played football in college as a defensive back and competitive ice hockey as an adult. He is an avid marlin fisherman and collects fedoras, watches, and television memorabilia. Mark’s book on spiritual growth for Christians in the marketplace–Love God Fear Nothing—will be published in 2020. Mark earned degrees from Pepperdine University, MBA; California State University, BA Journalism. He completed full course work at Rockbridge Seminary for a Master of Ministry Leadership degree (Capstone Graduation Pending). Mark also completed the following certification programs: Stanford University, Organizational Change; Harvard University, Persuasive Communication (2001); University of Southern California USC, Business Management.